Nigeria, with a population of over 180 million and endemic for Wild Polio Virus (WPV), has not recorded any case of WPV for close to three years. However, the recent isolation of circulating vaccine derived polio virus type 2 (cVDPV2) in some parts of the country has necessitated the conduct of a comprehensive outbreak responses to curb the spread of the virus in such areas.

From June 15 – 23, 2019 an outbreak response (OBR) was conducted in the South West States of Ekiti, Lagos, Ogun, Ondo, Osun and Oyo following the isolation of a cVDPV2 in an Acute Flaccid Paralysis (AFP) case in Ogun State, and from an environmental sample in Lagos State. This is the second response carried out involving all the six States. 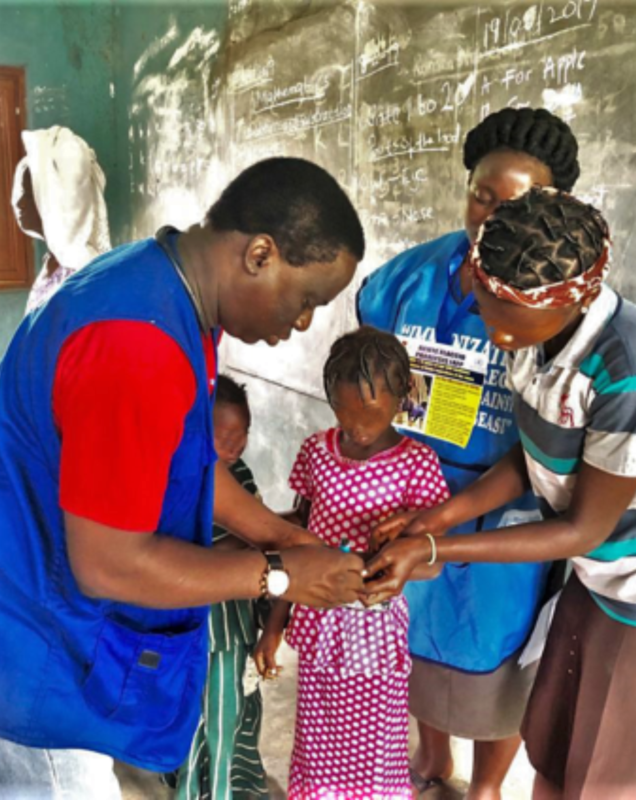 To ensure a top-notch response, with the goal of reaching the last child, senior-level technical officers from the Government and partner organizations were deployed to support key pre-implementation and implementation activities. The deployment was coordinated by the Emergency Operations Centers for polio eradication in the country.  Contributing to the pool of this highly skilled technical officers, AFENET deployed 130 personnel to provide the much desired technical support to the States before and during the response.

Sustaining the gains in polio eradication and effectively responding to polio outbreaks in Nigeria are among the surest ways to realize the vision of a healthier Africa.