Public health issue in Nigeria is a big phenomenon that needs daring organizations like NSTOP to assist in tackling the issues at the interest of the poor, underserved and hard to reach communities and the nation at large. Following the outbreak of circulating Vaccine Derived Polio Virus (cVDPV) being experienced in two (2) states of Gombe and Jigawa, NSTOP sprang into action to curb the spread of the virus. NSTOP deployed 118 Management Support Teams (MSTs) to support the outbreak response campaign being organized by the government.

A robust emergency response plan with 3 phases of outbreak response campaigns were developed and aimed at curbing the spread of cVDPV. The first phase of the campaign was implemented in 4 states, namely: Jigawa, Gombe, Bauchi and Sokoto. Although the virus was discovered in Hadejia, Jigawa State and similar strain discovered in Gombe state, Bauchi state was included due to its proximity to both states, as per it shares border with both. Children aged 5 and below were targeted and immunized as they are vulnerable and needed their immunity to be boosted. 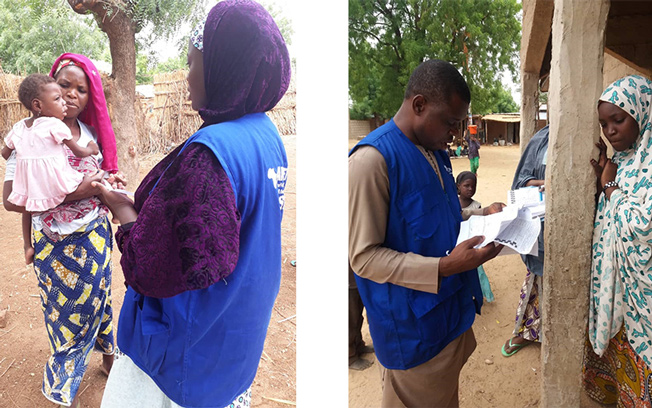 In 2016, Nigeria experienced the resurgence of the Wild Polio Virus two years after the last case was recorded in 2014. Thereafter a robust and comprehensive immunization system has been in placed. cVDPV is contracted through coming in contact with excreted virus from a body of an immunized child. “When a child is immunized with OPV, the weakened -virus replicates in the intestine for a limited period, thereby developing immunity by building up antibodies. During this time, the vaccine-virus is excreted. In areas of inadequate sanitation, this excreted vaccine-virus can spread in the immediate community before eventually dying out” (WH0 online Q&A Updated April 2017).